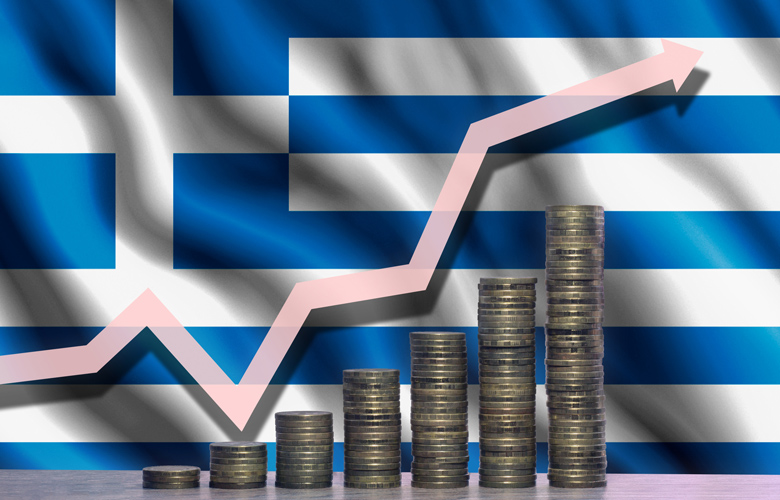 What a difference four years can make. In January 2015, Alexis Tsipras, leader of the ostensibly ultra-leftwing Syriza party, came to power, promising to end the austerity that had plunged Greece into one of the deepest depressions in economic history. Today, under his leadership, a recovering Greece stresses its fealty to the eurozone’s policy orthodoxy.

So, is all now well? The answer is still “no”. The challenges ahead remain huge, but there is occasion for some optimism.

Few expected the current situation on July 5 2015, when a referendum rejected the terms of the bailout proposed by the “troika” (the European Commission, the European Central Bank and the International Monetary Fund) by a margin of 61 per cent to 39 per cent. But on July 13 that year, in what can be regarded as either a betrayal or a fit of common sense, the Greek government accepted even harsher terms from its creditors than those the referendum had just rejected.

Just before the crisis, Greek real GDP per head was about 80 per cent of German levels (at purchasing power parity). Last year, it was down to 55 per cent of those levels. Unemployment also peaked at 28 per cent in 2013 — a rise of almost 21 percentage points from its pre-crisis levels. This is improving. But at the end of last year, unemployment was still 18 per cent, despite the country experiencing mass emigration. In the severity of its depression and the weakness of its current (and forecast) recovery, the fate of Greece has been far worse than that of Argentina after 2000, Indonesia after 1997, or the US after 1929.

If we are to assess how far Greece is truly on the mend, we must start with how and why it got this sick and took so long to recover.

Both fiscal policy and external balances were grotesquely out of equilibrium before the crisis. Membership of the eurozone had encouraged excessive borrowing and, since it takes two to tango, excessive private foreign lending. Outside powers also refused to give needed debt relief promptly. Instead, much of the money lent to Greece went to allow private lenders to escape, on the excuse that this was a “systemic” crisis.

Yet the scale of the pre-crisis excesses and post-crisis depression also suggests something deeper: the political and administrative systems and relationships between the people, politicians and the state have been dysfunctional. The best label is “clientelism” — the subjection of policymaking and administration to demands for favours, both retail (such as government jobs for individual supporters) and wholesale (such as overgenerous spending on pensions).

The most important positive feature of today is the broad consensus on the correct framework for economic policy: Greece will remain in the euro, will stick to a tight fiscal policy and will, at least in principle, pursue reforms supportive of desperately needed economic growth. Reinforcing the credibility of this consensus is the fact that official creditors hold 76 per cent of central government debt. They can reward the government — and have recently done so, via last June’s debt relief — for delivering reform (and vice versa).

Moreover, even the relatively gloomy IMF forecasts a decline in the ratio of gross public debt to GDP from 183 per cent in 2018 to 135 per cent by 2028. The latter would still be very high, but less so. Greece has even been able to borrow in the market: in March this year it issued a 10-year bond of €2.5bn at a yield of 3.5 per cent. But the country remains far from being able to refinance in the market what it owes official creditors.

Substantial reforms have also occurred in the labour market, public administration and the structure of public spending. A noteworthy part of the latter achievement was a series of politically difficult pension reforms.

The financial sector is also substantially stronger, with deposits returning to the banks from 2016 onwards. Emergency lending from the Greek central bank was almost eliminated at the end of December 2018. Funding from the European Central Bank has also fallen sharply, to €11.1bn at the end of 2018 — the lowest since 2008. Above all, there has been a steady reduction in non-performing exposures, though the ratio to all exposures remains exceptionally high, at 45 per cent. Greece exited from eight years of bailout programmes in August 2018 in far better shape than anybody could have expected three or four years before.

So what lies ahead? There are three possibilities: continuation of current trends; backsliding into a renewed crisis; and radical further improvement.

What would the first mean? After such a damaging depression, there is uncertainty about what the current growth trend, and the extent of excess capacity, now are. The IMF believes growth will be 2.2 per cent in 2020 and 1.6 per cent in 2021, then will slow to a mere 1.2 per cent a year, in line with long-term potential. The government hopes for growth at about 2 per cent in the medium term. Either way, this would continue to be a steady, but slow, recovery.

The second possibility is that even this will prove impossible, partly because of the failure to resolve legacy problems, partly because of the risk of backsliding on reforms and partly because of a possible downturn abroad. One important legacy issue is the impaired state of private sector balance sheets, notably in the banks. Thus, the IMF judges that “the Greek banking system remains highly vulnerable”. Not only do banks suffer from high non-performing exposures, but efforts to deal with this are hampered by their weak capital positions, poor profitability and the stretched balance sheets of their borrowers.

Another legacy issue is weak external competitiveness. Notwithstanding the severity of the depression, the current account deficit last year was 3.4 per cent of GDP. True, this is a huge reduction from a deficit of nearly 15 per cent in 2008. But if demand recovered strongly, the external deficit could grow significantly. This would not matter if inward equity flows (both direct and portfolio) financed the gap. Otherwise, a debt problem could re-emerge.

Moreover, backsliding on policy is a real threat. Maintaining the agreed primary fiscal surplus of 3.5 per cent of GDP will be hard. The IMF is also concerned about the already decided 11 per cent jump in the statutory minimum wage, the abolition of the sub-minimum wage for young people and the reversal of reforms to collective bargaining agreements. The authorities have also cancelled the pre-legislated 2019 pension reform, while the courts threaten the pension reforms of 2012 and 2016.

The external environment is also a concern. If there were to be a significant downturn in the eurozone, tourism — a particularly important (and buoyant) export sector — might be severely hit.

The third possibility, however, is determined continuation of pro-growth reforms, to improve the quality of public spending and taxation, modernise and improve administration, raise public investment, encourage private investment, raise the confidence of the Greek people in their politicians and officials and encourage the Greek diaspora to return home. Growth could then accelerate and indebtedness would fall faster, generating a virtuous upward spiral.

The Greek crisis is now over, but it has left a dire legacy. The economic and political frailties that caused it have also not disappeared. The discipline of the past four years and the stoic manner in which Greeks have borne the hardships of their depression are remarkable. A sustained recovery is likely, but it will still be too slow. Backsliding cannot be ruled out.

However, a far better possibility also exists: out of the fire might yet come a new, more modern and more dynamic Greece: Greeks flourish all over the world; so why not at home? Achieving this will demand a long period of self-disciplined and high-quality policymaking. This might now happen. Let us at least hope so.

Please enter your username or email address. You will receive a link to create a new password via email.